Officers from Council’s Governance & Infrastructure Division have met with representatives of the Sands Owners Corporation three times since January 2018 with the primary aim of improving the quality of stormwater from upstream developments flowing into the Sands Amenity Lakes.

As a result from these meetings Council has:

The focus to date has been on the above areas where Council has a high level of control and it is felt that some good progress has been made so far.

At the August meet it was identified that a key driver of the silt causing pollution within the amenity lakes is not coming from the construction of the large developments upstream but from the construction of individual houses within the new developments. This is an area which Council has less direct control over than the large scale developments. With this in mind Council included a representative from the EPA at this meeting so that they can better understand the issues arising from building sites  and will be working with him to educate, and where necessary enforce, domestic builders on their obligations on building sites.

From the August meeting there were a number of identified actions moving forward including:

Council will continue to meet regularly with representatives of The Sands Owners Corporation with a shared goal of improving the water quality flowing into and through the amenity lakes. 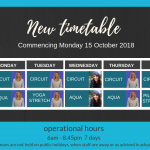 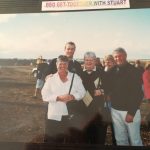