In July 2001 the developer and therefore the current lot owners in the Sands, as the developer’s defined successors in the 173 agreement, and the Surf Coast Shire Council (SCSC) signed the Environmental Management Plan (EMP) which was an essential requirement of the 173 agreement which enabled the Sands Estate to be developed. The focus of the EMP was the protection of the Karaaf wetlands which form the eastern boundary of the Sands Estate. One of the critical risks to the Karaaf wetlands, which is a saline wetland, identified in the EMP was the freshwater impacts of the stormwater generated by the Sands and all the feeder developments above it.

In July 2011 the chairman of the Sands Owners Corporation (OC), Tim Freer, sent a letter to the CEO of the SCSC expressing the OC’s concern about both the quality and the volume of the stormwater entering the Sands and subsequently the Karaaf from the Zeally Sands and the Quay developments. Since then most of North Torquay has been developed and its stormwater drains into the Karaaf via the Sands lakes and waterways. The OC has tried to work with the SCSC, who are joint signatories to the EMP, since 2011 to resolve the stormwater issues without success. The key issues are:

In 2021 the OC commissioned a report from a highly respected consultancy Water Technology to review the hydrology of the North Torquay Catchment and its consequent impact on the Karaaf wetlands. The report will be used to launch a campaign to get both the quality and quantity of the North Torquay stormwater managed effectively with clear responsibilities and accountabilities for all parties – the SCSC, the developers, the builders, the OC and the various authorities with accountabilities such as DELWP, Parks Victoria, Corangamite Catchment Authority and GORCC.

The report is available for you to review here

The key findings of the report are:

The campaign to “Save the Karaaf” will commence in October and there will be regular updates posted on the Sands OC website. 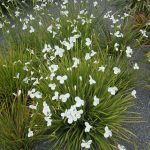 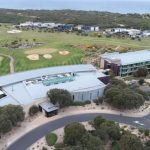